Smorgasburg—the weekly outdoor festival for foodies—has arrived at Harborside JC! Having already taken NYC by storm, tantalizing taste buds in Williamsburg, it’s now set to transform the Jersey City street food scene. Here’s how to dine in style, every Saturday between 11 am and 6 pm, right up until October. 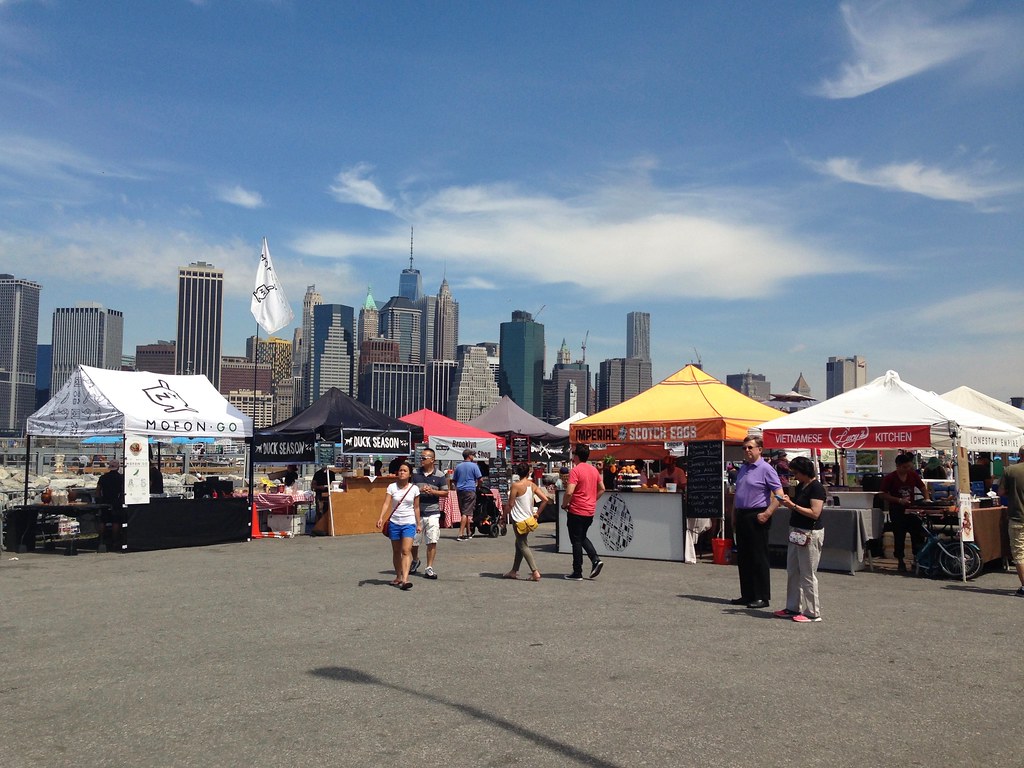 Jersey City Specials
Smorgasburg food vendors come from all over NYC and further afield, but some are Jersey City stalwarts. Among these is Tradewinds II, a colorful Caribbean truck serving jerk chicken and veggie tacos loaded with sweet plantains and pineapple salsa. SALT + SEED does a crab cake sandwich to die for (plus plenty of veggie options such as spicy chickpea cutlet with a side of kale slaw). Afterward, you can quench your thirst with a cooling watermelon juice from Vaquero Elotes (which also serves game-changing ears of corn).

Roast Pork and Lobster Noodles
Around 20 Smorgasburg vendors set up in Jersey City each week on a rotating basis, frankly spoiling foodies for choice. Start with a couple of freshly shucked oysters from Oyster Party before sinking your teeth into a beef brisket taco loaded with guac from Carlitos Barbecue Taqueria. Other mouthwatering meat dishes include freshly grilled Maine- caught lobster served on a noodle “nest,” courtesy of Lobsterdamus, plus Fedoroff’s iconic roast pork sandwich, which brings a taste of Philly to Jersey City.

Seitan Sandwiches and Vegan Smokehouse
Veggies and vegans needn’t worry: there are tons of delectable meat-free meals for sale at Smorgasburg. Among them is the mesquite-smoked seitan sandwich, smothered in maple barbecue sauce, from Monk’s Meats. (Order with a side of smoked brussels sprouts.) Valentine Burger Co., meanwhile, crafts its patties with organic pea protein, its eggs from mung beans, and its smoky bacon from sliced king oyster mushrooms—a scrumptious revelation for veggies and carnivores alike. 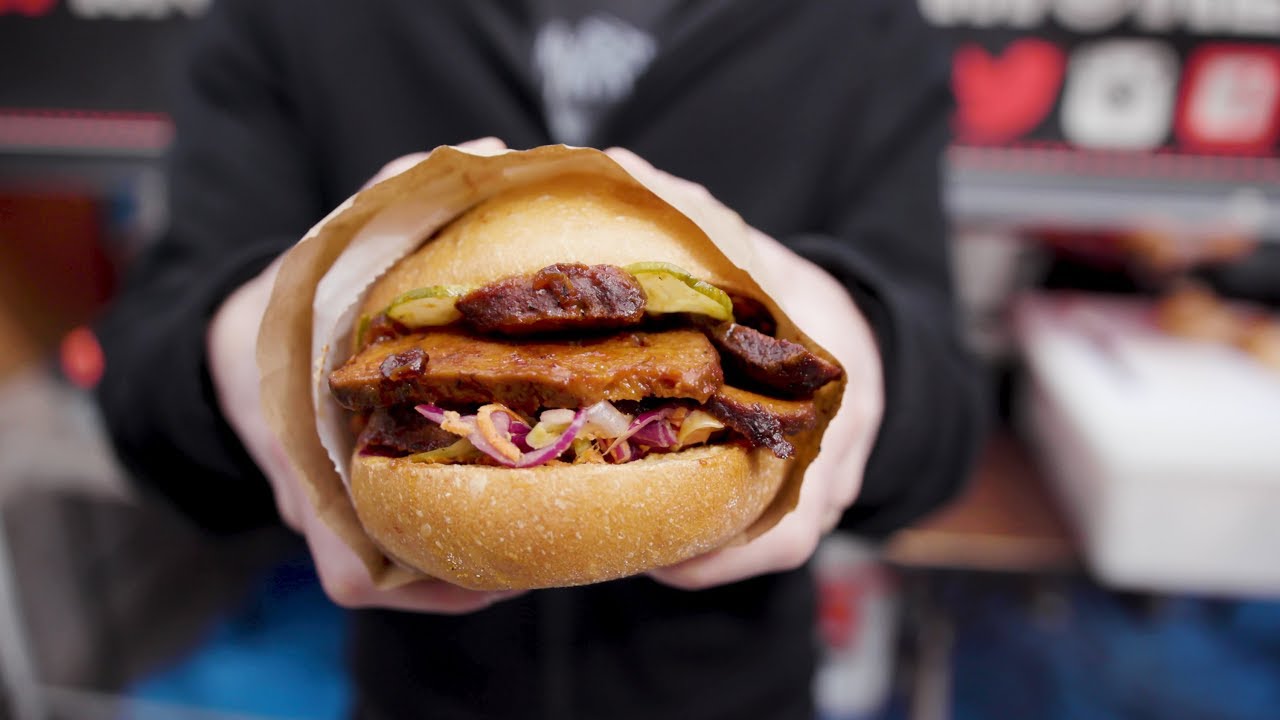 Ice Cream Sandwiches and Baonanas
Make sure you leave room for dessert: mint cookie ice cream sandwiches from The Good Batch, key lime pie ice cream from Bona Bona, and the taste sensation that is Baonanas are among sweet-toothed treats that’ll have you coming back to Smorgasburg weekend after weekend. If you’re simply too stuffed to indulge there and then, take a dessert back to your Jersey City condo and devour it in your own sweet time.