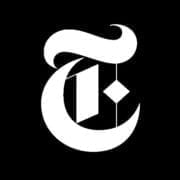 Now that Amazon is officially setting up shop in Queens, Long Island City condos have become a hotter commodity than ever. The company’s first employees will be arriving at the company’s Queens worksite in January, with a total of 40,000 new workers making their way to the neighborhood by 2034, rapidly driving demand for new LIC condos. In fact, according to Eric Benaim, CEO of Long Island City-based real estate firm Modern Spaces, open house attendance grew by 400 percent following the company’s announcement. The neighborhood’s prices have already shot up in response—at Long Island City luxury tower CORTE, prices have increased 10 percent since Amazon’s announcement and are likely to rise yet again before the company moves in.