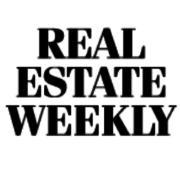 Real Estate Weekly calls it the “Amazon-effect:” as news travels about Amazon’s plans to bring 25,000 new jobs to New York City’s Long Island City neighborhood, real estate speculation has gone wild. And as web searches for the area doubled in the days following the announcement, lifelong Astoria resident and Modern Spaces broker Gregory Kyroglou began seeing the “Amazon-effect” in his nearby neighborhood. Kyroglou says that Astoria, which borders LIC, went from a place that nobody talked about to a hotbed of development in a matter of days. With their intimate ties to the area, Kyroglou and the rest of the Modern Spaces team are now in the perfect position to ride the new wave of frenzy around condos in Astoria and Long Island City and thrilled as others discover what they've long known to be true about how exciting Astoria is.