Blog Made In LIC 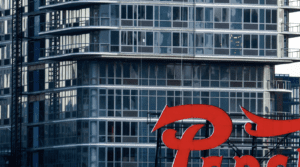 The skyline of New York City is always changing, and over the past decade, new developments in Queens and Brooklyn have made headlines as gleaming symbols of increased economic and cultural activity. Such growth is palpable in Long Island City, as it has become a beacon of innovative architecture. New LIC condos like The Decker, The Harrison, and The Smyth are helping to shape Long Island City beyond its latest residential reinvention, and into one of the city’s most dynamic neighborhoods.

Take, for instance, The Decker: a boutique Long Island City condominium with a handsome brick exterior. Both in name and design, this building evokes the “W. O. Decker” tugboat that was part of the fleet of LIC’s Newtown Creek Towing Company during its maritime heyday. Located right in Court Square, The Decker provides the perfect balance of a location with access to transportation to get you anywhere in the city fast, and a cultural and dining scene so enticing you may never need to leave.

Meanwhile, another LIC condominium building, The Harrison, has set a new bar for successfully balancing apMade In LICproachable luxury with stunning skyscraper-style views (27 stories tall!). And The Smyth, yet another exciting project now coming to fruition in LIC, is inspired, as noted by the Wall Street Journal, by the blacksmiths who once populated its Dutch Kills neighborhood.

It’s no surprise that the residential real estate firm at the forefront of these three developments—and many more to come in 2018—is Modern Spaces, the brainchild of Eric Benaim, a man warmly known as the “Mayor” of Long Island City. Benaim is perfectly suited for the neighborhood; having grown up in Queens, he is brimming with ideas. An interview with Benaim on CityRealty reveals how he got started by “walking around the neighborhood every day” and “talking to everyone.”

Benaim was also a regular at MoMA PS1 in the early days. Today, PS1 is joined by many nearby galleries that have launched in the past decade, while Long Island City has become an anchor of the art world. And Benaim is just as savvy about its new identity as an art-world destination as he is about its community.

In fact, it is Benaim’s and Modern Spaces’ keen understanding of how New York thrives on change without losing its history that has defined Modern Spaces’ major projects, which are now blooming all over the neighborhood, and serving as the most thoughtful and neighborhood-centric examples of LIC luxury apartments. By collaborating with developers before projects have even begun and by staying connected through every stage of development, Modern Spaces is helping Long Island City grow not just one building at a time, but as a living, thriving entity.

At Modern Spaces, we believe you should love your place. To find your next home, check out our listings, learn more about our dedicated agents, or contact us today.