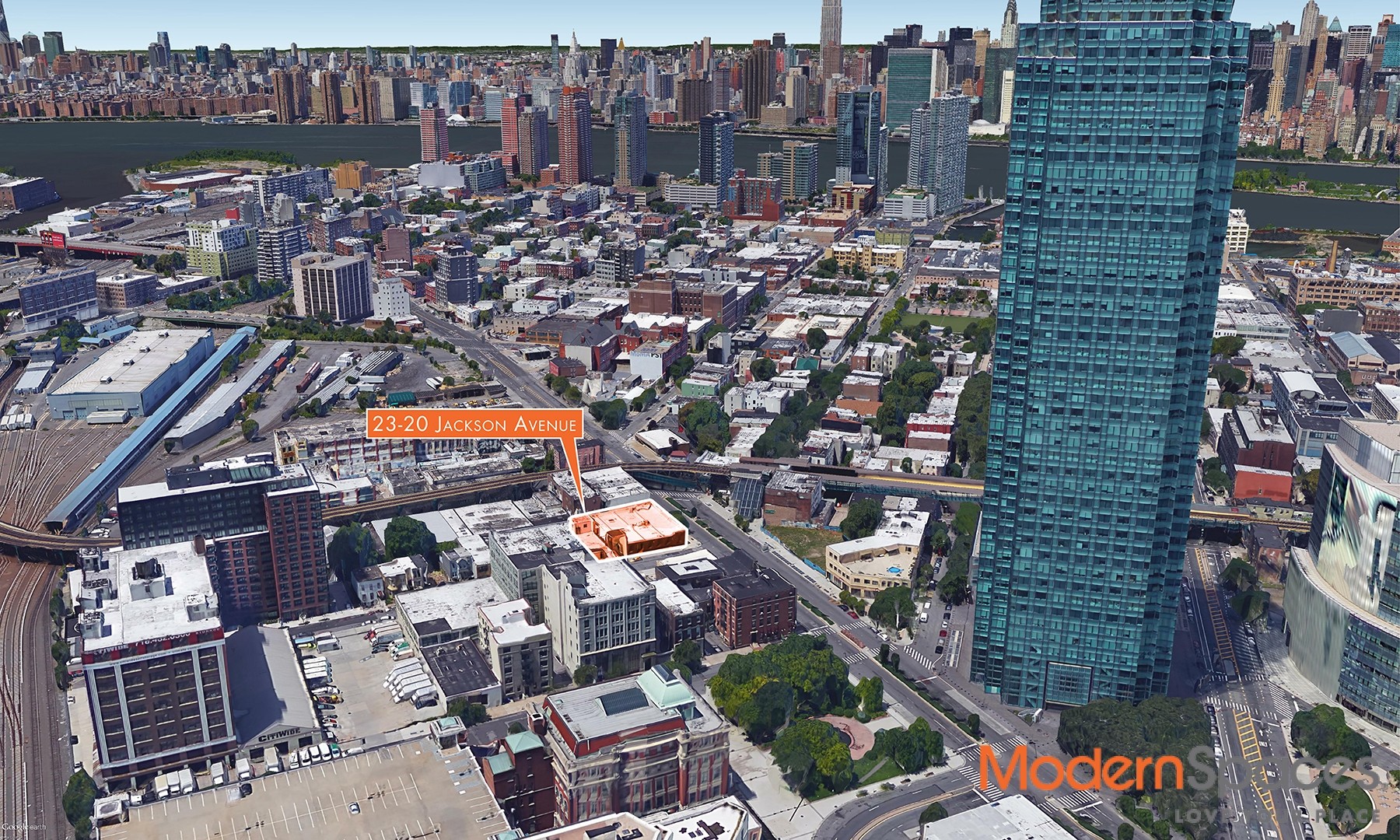 Modern Spaces is excited to announce that we have been retained on an exclusive basis to arrange for the ground lease of 23-20 Jackson Avenue. The corner property is located immediately across the street from the Citibank tower and numerous high and mid rise luxury developments in the Court Square subdistrict of Long Island City.

The Property: The property has a footprint of 10,000 square feet and 200 feet of corner frontage along Jackson Avenue and Pearson Street. With a current zoning designation of M1-5 / R7-3, a developer has an as-of-right buildable square footage of 50,000 for mixed-use development. This area is also part of a current New York City study area for potential re-zoning.

The Location: The subject property is in one of the most valuable locations in Western Queens. Local neighbors include Citibank, Metlife, Barclays, HSBC, JetBlue, Silvercup Studios, CUNY Law and over 20,000 new and in-progress luxury housing units. Transit options are among the best in New York City, as both Manhattan and Brooklyn are only stops away from the seven nearby subway lines (E, M, G, N, R, Q & 7), four of which (E, M, G, & 7) have station locations less than one block away. Road access to the rest of the city and beyond is served by The Queensboro Bridge, The Midtown Tunnel, The Brooklyn – Queens Expressway, The Long Island Expressway and The Pulaski Bridge.

The Opportunity: The long term ground lease option is prime for a developer looking to take advantage of the robust new development market without having to compete with record-setting and increasing land prices in Long Island City.