New Spins on Shakespeare Coming to Central Park This Summer

Shakespeare in the Park is back with a 2022 season sure to please fans of the Bard, both new and old. Since 1962, Central Park’s outdoor Delacorte Theater has been home to yearly, free Shakespeare performances from the legendary Public Theater, and this summer will be no different. Keep reading for a brief history of this Manhattan theater tradition, as well as a breakdown of this year’s offerings! 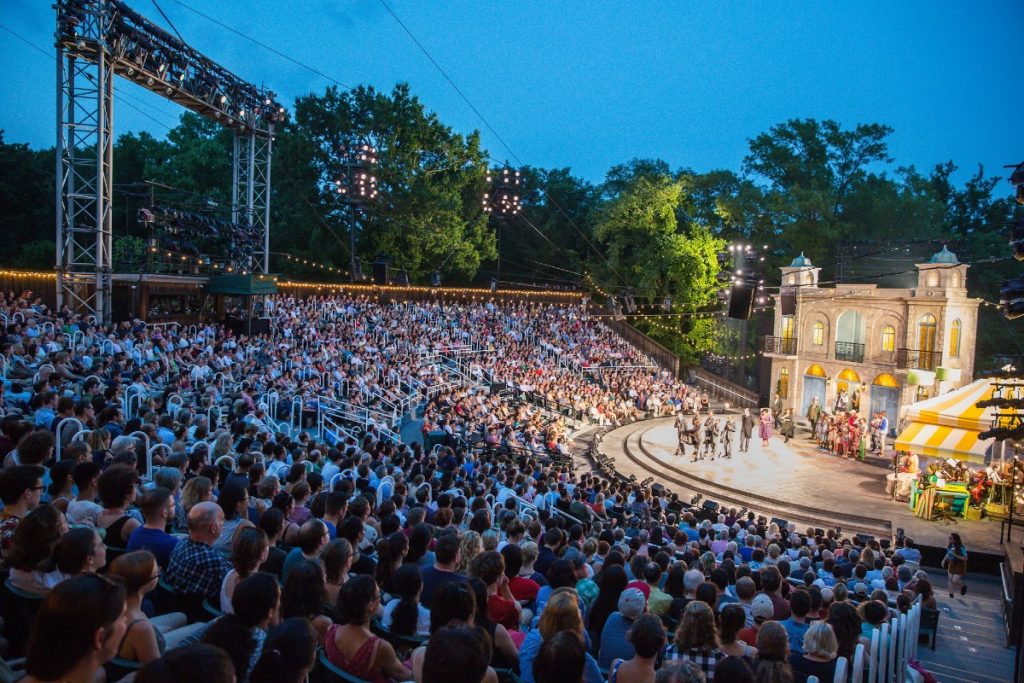 The first Shakespeare in the Park performance took place in the summer of 1962, when legendary actors George C. Scott and James Earl Jones starred in The Merchant of Venice. Every season, The Public Theater puts on a pair of Shakespeare plays, often adapting the texts to contemporary times, whether that means updating the setting or dressing the various actors in garb referencing modern-day politicians or celebrities. In 2020, COVID-19 interrupted the performances for the first time, and last year the company put on a single play, a light-hearted adaptation of The Merry Wives of Windsor by Jocelyn Bioh, and this season represents a return to tradition with a pair of plays being staged.

First up is a gender-bending take on Richard III from Slave Play director Robert O’Hara. The titular villainous monarch is played by actress Danai Gurira, who is famous for playing Michonne on AMC’s zombie epic The Walking Dead. Early reviews compare O’Hara’s direction and Guirira’s performance to the political machinations viewers of HBO’s Game of Thrones came to love, complete with musical interludes similar to those O’Hara used to great effect in Slave Play. Theater fans won’t want to miss this unique adaptation, which runs through July 17th. 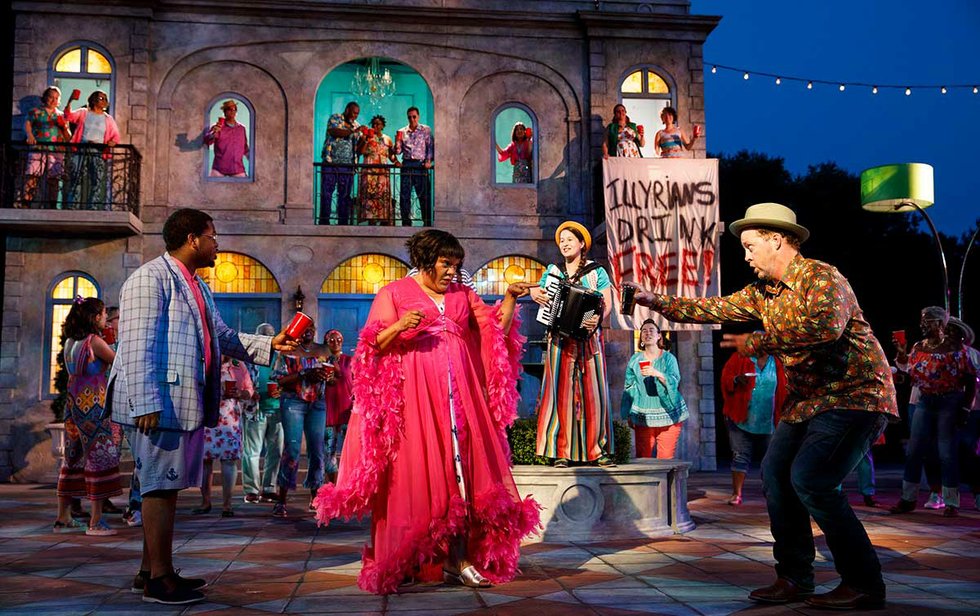 Later this summer (August 10–September 11), the Delacorte Theater will be home to director Laurie Woolery and songwriter Shaina Taub’s musical adaptation of the Bard’s cross-dressing classic As You Like It. A madcap tale full of lovestruck shepherds set against a bucolic backdrop, As You Like It tells the story of Rosalind, a young woman who disguises herself as a boy in order to woo her would-be lover, Orlando. The musical adaptation features six original songs based on Shakespeare’s text and is sure to help even the youngest attendees enjoy this broad comedy.

Of course, Shakespeare in the Park is just one of the bounty of benefits that come from living near Central Park, but it truly belongs to everyone in the metropolitan area. If you’re in the market for a new home in or conveniently near New York City, whether  it’s a parkside pied-à-terre, a spacious Long Island City rental, or a Jersey City condo, reach out to the experienced team at Modern Spaces and let us handle the rest.